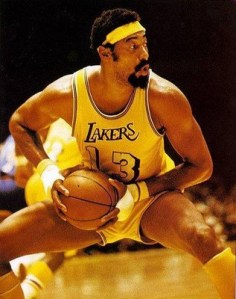 Many consider Chamberlain the greatest basketball player ever. Certainly he was the most physically dominate player ever.

Wilt Chamberlain, one of greatest basketball players of all time, was also a notorious player in the arena of seduction. He claimed in his autobiography to have bedded over 20,000 women. Now, this is an impossible number, seeing that he would have had to slept with at least a different woman a day for his entire adult life. Still, as the first basketball superstar, he undoubtably had his numbers in the thousands. In the manosphere, he is the ultimate alpha male.

However, at the end of his life, Chamberlain made this interesting comment. Of course it is easy for someone who has bedded countless women to later regret it, or at least give some words of wisdom to others, but I think there is truth in his statement.  I was surprised when I am across this comment, but pleasantly so.

1 thought on “Wilt Chamberlain’s Advice to the PUA”