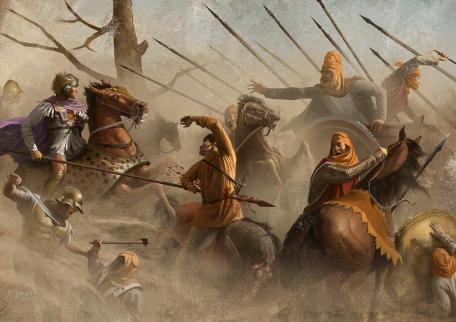 A new year and a new decade has arrived. And with a new year there comes new territory to conquer. Alexander the Great is a good model to follow in such endeavors.

This painting is fanciful reproduction of a famous mosaic of Alexander (356-323BC), on horseback (on the left), defeating the Persian King Darius III at the battle of Issus in 333BC. Alexander eventually went on to subdue the entire Persian Empire, a remarkable feat when you consider that he died at age thirty-three. The original mosaic is from a Roman house in Pompeii from about 160BC. I prefer the more fanciful painting.

The point is: there are new things to do in this coming year and new paths to take. Although I cannot conquer territory in the sense of Alexander, there are other areas of life where conquest is still possible. 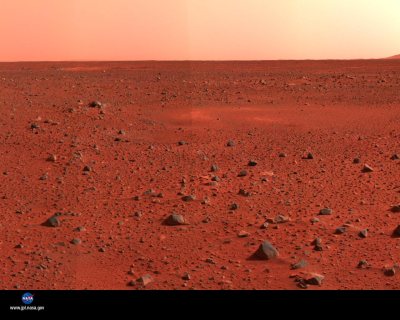 Mars, the Red Planet close up.

Now that it is March, the month named after the Roman god of war, Mars, I thought I would post a few photos from the planet named after Mars. There is a strange beauty to this place. Also, I think it is remarkable the quality of photos that we now have of Mars. As long as man has been looking up at the heavens, the planet Mars has been a source of fascination and imagination, and throughout all the ages we are the first people who can actually see what the surface of the planet looks like. Right now there one lonely robotic machine wandering around up there, exploring and taking these photos, while we hustle and bustle about on our busy world. I like to imagine what it would be like for the first humans to step on this land in some distant future, perhaps with the intentions of somehow colonizing it, a place so vast and empty and free from all the plagues of our own world. 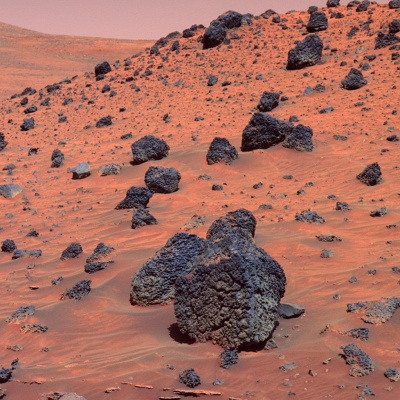 These rocks seem to be the result of volcanic activity.

I really do not know a whole lot about the our explorations of Mars, but I find the photos fascinating, and even beautiful in their own strange way. We can actually see what others could only imagine only a few decades ago. 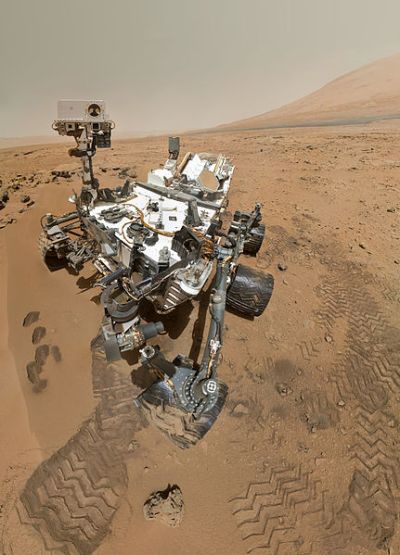 The Mars Rover: even robots on Mars like to take selfies…

From ancient mythology, to H.G Well (War of the Worlds) and Edgar Rice Burroughs (John Carter of Mars), Mars was and remains a part of our culture, and perhaps someday our future.

Here are few more photos…I like the how the sky is so different in this one. 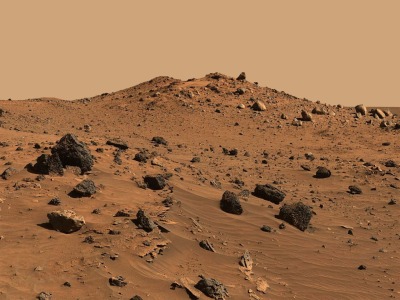 And finally a Martian sunset. I think it has been digitally enhanced, but I am sure it is close to the truth of what a sunset on Mars is actually like…. 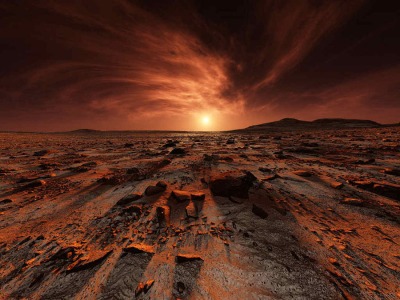 And another Martian sunset, this one a bit different. Notice how small the sun appears from Mars.

So as March begins, here is toast to the planet Mars, named after the Roman god of war, and as fascinating to us as it was to the ancients. 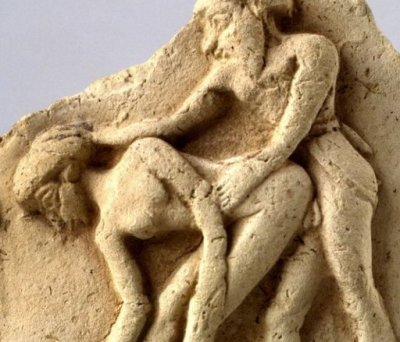 A herd of elephants with Mt. Kilimanjaro in the background.

Recently I read a story about six tons of illegal ivory that was crushed in Denver in order to send a message about the terrible decimation of the African elephant population:http://www.usatoday.com/story/news/nation/2013/11/15/ivory-crushed-denver/3563633/ Last year 32,000 elephants were killed as a result of poaching. At that rate, in ten years the African elephant will become extinct. There are around 300,000 elephants in Africa, so you can do the math. The Asian elephant numbers around 50,000.

The extinction of the African elephant is a real possibility. This was something I thought impossible until I read this article, but the dramatic increase in poaching over the last several years has already decimated the population. It is a true tragedy. And the great demand for ivory is found primarily in two areas of the world: China and south east Asia; and here in the U.S.

A calf and its dead mother…a sad sight.

Elephants are magnificent creatures: highly intelligent, with complex social groups, endowed with the ability to communicate through some kind of language, their survival depends on the continuity of their own societies. Elephants, like us, transmit knowledge from one generation to the next, and like us they do so in a social way. The baby elephant learns much from its mother, and when she is killed, or the elder elephants in the herd are killed, then vital knowledge is lost for survival. Elephants are said to be perhaps the only other creature, or one of the few creatures in the world, who, like us, have a sense of their own mortality. Whenever elephants come across the bones of other elephants, they always examine and inspect the bones with great curiosity, as if they know something about death, and that they have come across a dead member of their own kind. They recognize the bones as being that of an elephant. This requires great intelligence and sensitivity, and most other animals lack this capacity.

Man has tremendous power in this world. We can both create, preserve and destroy. Let us stop destroying nature and our environment, and the great creatures who dwell therein, such as the elephant. Once gone, they will be lost forever. Simply keeping a few alive here and there in zoos can never replace what is lost in nature. I don’t think God created all these things so we could simply destroy them

In honor of Thanksgiving, perhaps the best of all American holidays, here is look at where it took place (not to forget the founding of Jamestown Virginia in 1607): Plymouth Mass, in 1627 and today. It is interesting to see the contrasts. The first photo is from the Plimoth Plantation museum, a recreation of the original colony not far from the actual site. The view is of what is now called Leyden St., looking uphill to what was then the meeting house/church/fort.

A reconstruction of Plymouth Plantation from 1627…

The second photo is of Leyden St today, the oldest continuous street in British North America. This was the original street that the Pilgrims laid out and built their first homes, burial ground, and Church. It is amazing to think that it has been in continuous use since 1620, when the Pilgrims first arrived at Plymouth in December of that year. The Church at the top of the street is roughly in the same place as the original meeting house/church/fort.

Plymouth today, showing Leydon St., the oldest street in British North America, where the first homes were built by the passengers of the Mayflower.

It is also important to remember that half the members of the Mayflower perished during that first winter in Plymouth. They had little food, virtually no shelter, and all this in the brutal New England winter. In all our modern comforts and conveniences it is easy to forget just how difficult a journey it was back then to sail on a ship from England to America, especially in the middle of the winter, to a place which was basically unknown and uninhabited except for the local Native Americans. It was truly a perilous journey. Those who survived were the foundations for much of the future American spirit of fortitude and perseverance.

We should at least keep some of this mind as we safely enjoy our abundance of food with our friends and families on this wonderfully unique American holiday.

Pope Benedict is no longer the Pope. For the first time in 700 years the Catholic Church is without a Pope due not to a natural death, but to a resignation. Most people have been focusing on the novelty of such a moment, since no one has lived through such a thing for centuries. Truly, in that sense it is unique and the Church is now journeying through uncharted waters.

There is one other aspect of this however that I would like to emphasize. With the resignation of Benedict, formerly known as Joseph Ratzinger, we now have only one world leader left who lived through the Second World War: Queen Elizabeth II. Yet even her experiences were as a defender of Britain and not as a citizen living under Nazi Germany. The German Ratzinger had first hand experience of living under Nazi rule, as well as the carnage and deprivations caused by that war. He was not as severely affected as was John Paul II, who lived under both Nazi and Soviet tyranny for decades, and whose own life was in constant danger under such systems, but Ratzinger did experience life in Germany under Hitler. As a young man he was forced to join the Hitler youth, and after the defeat of Germany he had to live through the post war divisions of Europe. Now, with Ratzinger stepping down, there is no one left with any sort of political or moral power, save the Queen of England, who has any first hand knowledge of the Second War War, of Nazism, and the carnage of that time.

And given that the Queen is a mere figurehead, the abdication of Joseph Ratzinger, Pope Benedict XVI, is really the end of the War World II era.

With Benedict now retired, there is no world leader left, save Queen Elizabeth II, who has direct knowledge of the Nazi era.

So now for the first time since 1933, there is no leader left, someone who could actually shape events such as a Pope, who has first hand knowledge of Adolf Hitler, Nazi Germany and the War. Ratzinger was truly the last. It seems fitting that a not only a Pope, the leader of this vast and ancient institution known as the Catholic Church, an institution that has experienced everything from Roman Emperors to medieval kings, to Soviet dictators, but also a German should be the last world figure with such a real and concrete memory of that time.

Ratzinger as a member of the Hitler youth. All German boys were forced to join this organization, so there is no moral blame for Ratzinger here.

The world is changing and evolving, and how the Church will move forward now that the last of the post-war Popes has retired, will be a fascinating thing to watch.  All of us have been shaped in one way or another by the consequences of the Second World War, an event that directly shaped Raztinger’s personality and undoubtedly his theological views as well. But today the world is very different than it was in 1939-1945; we are living through strange but exciting times and how a new Catholic leadership, untouched by direct experiences of Hitler, Nazi Germany and the Second World War, will act is anyone’s guess. Only God knows.