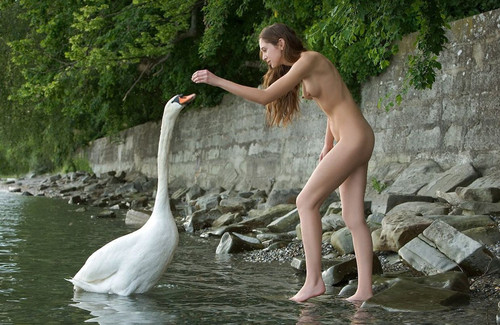 This photo reminds me of the famous Greek myth of Leda and the Swan.

After coming across this photo I was reminded of the ancient Greek myth of Leda and the Swan. As the story goes, Zeus desired Leda, the wife of the king of Sparta. He seduced her in the form of a swan on the same night that she slept with her husband and consequently she bore Zeus’ children, one of whom was Helen of Troy, the most beautiful woman in the world and the ultimate cause of the Trojan war. It is one of the more famous stories of classical mythology.

What is interesting about the Leda myth and its depiction in art is the inherent eroticism. From the Renaissance onwards, this story is about sex. As a matter of fact, the eroticism of this story is still controversial to this day. Last April, for instance, in London a piece of art work depicting the copulation of Leda and the Swan was forced by police to be removed:  http://www.telegraph.co.uk/culture/art/art-news/9232512/Mythical-swan-photo-taken-down-after-bestiality-fears.html They cited it as an example of bestiality, which is illegal in Britain.

As we see with the London police incident as well as the neo-puritans in the U.S., the desire to remove all images and references to eroticism is still quite well and alive. For many religious and conservative types, all artistic expressions of sexuality and eroticism are bad, dirty and impure. I am always amused at just how uncomfortable so many people are with sexuality and eroticism, especially the artistic expression of such a basic part of our world. That is fine for them, if they want to avoid such things. But when they try to control the sex lives of the rest of us, when they try to deny us the right to enjoy such things, then it is time to fight back. To Tony Perkins, the Ayatollah Rick Santorum, Pat Roberston, and the other nut cases of the prudish right who crusade against such things, I can only say: Fuck you and go away.

Ancient mosaic from Cyprus, 3rd century AD. I have to say she does have a nice ass for an ancient mosaic. 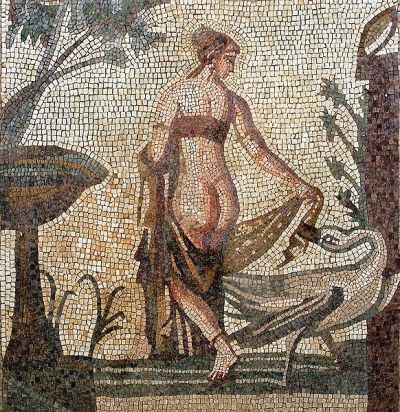 This ancient Roman marble is a bit stiff and lifeless but the Republican gubernatorial candidate Ken Cucinelli of Virginia would still try to cover her breasts.

Cesare Sesto, after the lost original by Leonardo da Vinci. How I wish we still had this original! Leonardo is always fascinating. 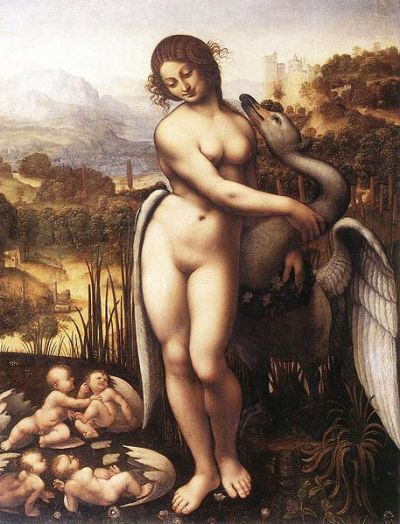 Peter Paul Rubens, after the lost original by Michelangelo. Clearly, both Rubens and Michelangelo are strongly suggesting the actual act of copulation. Today they would be throw in jail in Britain for such things. 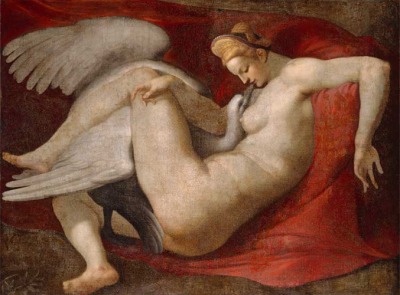 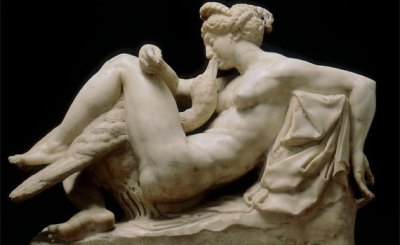 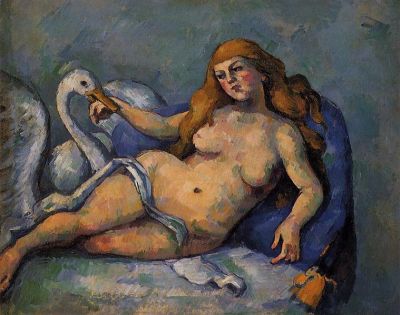 And finally, the scandalous work in the London art gallery banned by police in April of 2012!!! Hide your pure, holy and virgin eyes lest you be corrupted!!!

As we can see, each one of these hints at, if now outright celebrates, the sexuality of this story. It is a strange story, as most myths are. What is even stranger is that it would still be a source of controversy today.