“You are a walking vagina”.

Here is the story:

Yes, for anyone who has had the misfortune of watching this little Pillsbury Dough Boy look-a-like, this is an apt description. It could even be said of most of the media types that populate the old, MSM organs of power. In fact, what is driving most of the media insane, especially on the beta male side (and most of them are pure betas), is that they are indeed walking, even screeching vagina’s in the presence of Trump. They know they are in the presence of someone who will not bend to their will, a man of true alpha disdain who toys with them at his own will and pleasure, and now they have turned into whiny little bitches, which is what most of the “males” in the media always really were.

Here is an interesting photo of Stelter a few years ago: 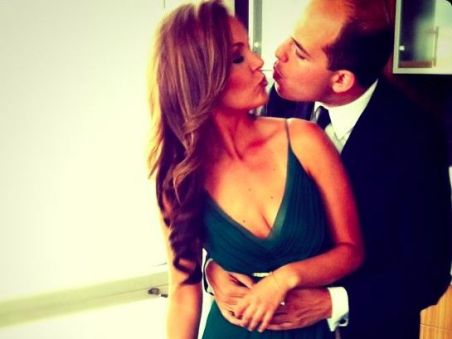 Now, notice this photo. What does the body language tell us? Stelter is showing  his true beta genes. As he tries to kiss on her, she is instinctively repulsed, and her head is tilting away from him. Notice how he literally clings to her, grabbing her around the waist, as if he is so afraid she will leave him that just the thought of that is too much for him to bear. A man should never display such a crass dependence on a woman; rather, his hand should casually glide down across her waist and above her ass, as if to say, yes, you are mine, but I can also find someone else if I so choose. I am the dominant one here.

The great humor in this photo, despite Stelter’s obvious beta body language, and his neediness, is that the relationship (if that is what it was) ended, and she moved on to someone else. Now I don’t know the details of this, but I would place bets that she finally could not take his beta clinginess anymore, and dumped his dough boy ass for a better man.

I prefer not to engage too excessively in ad hominem attacks, but since the leftist, cultural Marxist media as represented by Stelter has become so completely enraged at the mere presence of the Golden God Emperor, and since they display a complete lack of humor with respect to everything Trump, Stelter is fair game. He has a platform each Sunday morning on CNN to attack Trump; therefore, mocking criticism of him is welcome and justified.

Thanks to the presence of the Donald Trump, the Golden God Emperor, this is one the best Fourth of July’s ever.