Virtue signaling, no matter how idiotic, is a favorite pastime among leftist women…

After watching hoards of middle and upper middle class white privileged-guilt ridden women marching in DC and the rest of the country for the “rights” they supposedly do not possess, it is always nice to put their “oppression” in some perspective.

The inherent contradictions of the Left are amusing at best, and tragic at worst. I love this image in particular, of a woman dressed in a American flag hijab. Now, unless she is somehow demonstrating against the oppression of women in Islamic societies, which is fine, this was an interesting image being bandied about the march. Most women in the West would say that being forced to wear any type of clothing against their will by a patriarchal religion or society is the definition of oppression and lack of “rights”. This is of course true.

How true! The truly oppressed women of the world are Starbucks sipping, college “educated” white women!

We see this idiocy being of the Left being acted out among the ruling class elites of Europe, who have pretty much doomed their ancestral civilization to eventual annihilation when the Muslim hoards they have let flourish in their countries finally outnumber the native born Europeans. 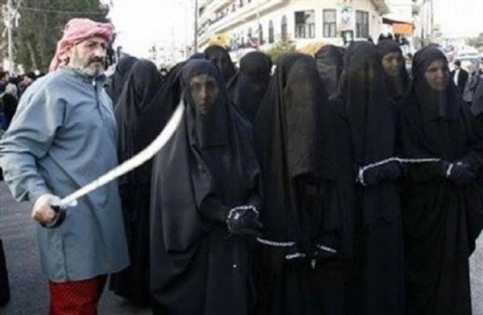 The future for European women. Do we want this in the US too? Apparently the women marching in DC are open to such “diversity”.

The Left is driven by one fundamental rage: hatred of the historical United States and Western civilization (especially Christianity and the idea of Christendom). This has its ultimate origins in the French revolution of the eighteenth century and the communist revolutions of the twentieth century. As Hillary Clinton often said, “I am so sick of racism, sexism, homophobia, xenophobia, ISLAMOPHOBIA.”She is not really so sick about the violence that Islam had unleashed all over the world, or its utterly oppressive societies.

No, she is sick of all these “isms” because all these things are, in her mind of course, the sins of the United States  exclusively, and they must be purged from our society. And what would be one of the the solutions to Islamophobia? Sympathize with Islam no matter what, because no matter what, if the US is bad, and people are aware that Islam and the West can never live in peaceful cohabitation, Islam must be good. If Islam should overtake the West, all the better, because at least that would mean the end of “Islamophobia”.  We would then be purged of one of our original sins. 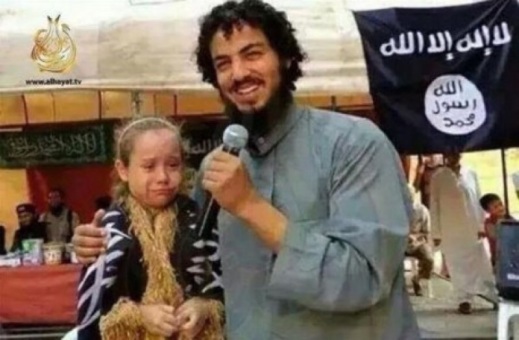 A anti-Trump Muslim with recently purchased young slave-bride. Diversity is beautiful! If he is anti-Trump, he must be good!

The Left hates the US, and Trump, more than it hates the rape and abuse of women in Islamic societies. This is what the Left wants to bring to the United States and the above images are a good reflection of that. Yes, women marching for freedom and rights using a image of a woman from a religion that is the most oppressive in the world to women is a typical reflection of the contradictory demands of middle and upper class, latte sipping, white privileged and therefore white guilt ridden Western women.

Oh, the contradictions of the Left are most delicious and even more importantly, most tragic, especially for women who have to suffer under Islamic oppression.

2 thoughts on “The Left’s Fatal Contradictions”