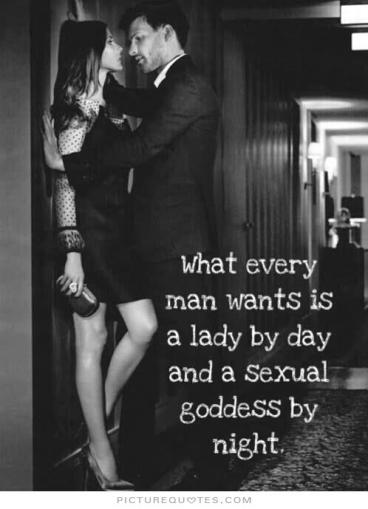 There is a woman I have known for a while and we often have very frank conversations. We talk about different things, sex and love included, and we know each other well enough so that she is not shy to tell me some personal details about her life. She knows my own views of life and love, so we can talk pretty openly about such things. I know her and her husband and can definitely say her husband is truly what we may call “alpha”, both professionally and physically and otherwise.

So, for the men who are interested to know what a woman experiences in the presence of an alpha, her insights are quite interesting. They are so interesting, in fact, that I felt compelled to write a post on this. She knows about my blog and I asked for her permission to write about this, which she gave. Like all people I talk about on this blog, except for public figures, I will keep things completely anonymous. I am quoting her from memory, but I think what I am writing is quite accurate as far as her words. She is an good example of a woman who has had some relationships before meeting her future husband; but who fell for her man once she met him, and later happily bore his children. It is interesting because I think her experiences are quite common for those women who have indeed mated with alpha men.

During one of our conversations, I was curious how she met her husband. It seems she had a boyfriend at the time, but he was not in the same league as her future husband. She could not resist his charms.

As she put it:

He approached me first wanting to get to know me. But I turned him away because I had a boyfriend at the time. We saw each other regularly, with him making advances, and me trying my darned hardest to resist. Then one day, I just gave in to his charms. He took me back to his place. He had sexy things prepared for me to wear. He made me prepare dinner, then we had drinks, then we had really hot unprotected sex. After a few days, I really wanted be his woman, so I broke up with my boyfriend.

The rest is pretty much history. Less than a year, I got pregnant, then got married a year after our first night together. I was rocking a small but obvious baby bump.

So after a year of being with him, she married him. Not only that, but she was already pregnant. She disposed of her boyfriend to be with the man she wanted. I did not ask became of the boyfriend.

In another conversation I asked her about what it feels like to be impregnated by alpha sperm. After all, in the world of mating, and the world of game that is a modern development of mating the end goal is still the same: reproduction. What drives women into the arms of alpha men is the ineluctable desire to be carry superior brood into the world. This is not always a conscious decision of the woman’s part, or one that they even admit to themselves. After all, the hookup culture of modern urban life is not primarily geared towards the production of children; but the basis biological drives are the same as they have always been, and one of the fundamental laws of biological survival is the production of the healthiest offspring as possible, those most likely to survive the vicissitudes of life and carry our genes into the future.

So it is interesting to hear from a woman who has mated with an alpha what exactly it is like for her, as woman, to be with and bear the children of such a man.

A pregnant woman is one area I admit I am lacking real, concrete knowledge. The whole marriage and children things was not for me, and I am lucky to have known that from a young age. Still, for most people, and this perfectly normal, this is an important—indeed, a necessary–part of life. And as I said above, the natural goal of sex is reproduction, and woman are the center of that that. Sperm is abundant; fresh and fertile wombs are not.

If you mean to ask about the thought and act of impregnation itself, I think it is very hot. I look at my husband and he is a very sexy man. I want him and I love him and sex with him is very hot. The fact that its anything goes unprotected sex makes it even hotter! With my exes, I always had a sort of lingering fear after sex that I might get pregnant, but not with my husband. With him, the possibility, no, the inevitability of pregnancy was huge turn on. And when I finally got pregnant, I felt even more in love with him.

I found it particularly interesting how she related her feelings about the moment he releases his load inside her. She told me she felt “hot”, “desirable”, and, perhaps most importantly of all, “his”. She also mentions the “intense affection” she feels after the sex and that she felt even more in love with him. Any man who can engender such feelings in woman is a stud, pure and simple. As men, I don’t think we appreciate just how powerful this is for a woman: the power of feeling a strong man shoot his sperm inside her. I have had my own lovers tell me this as well, just how satisfying they found the feeling whenever I came inside them. In this day of ubiquitous porn facials, and the imitation of those in real life, we have lost some of the appreciation of the primal purposes of sex.

She once mentioned to me that the first time they had sex it was unprotected. This surprised me: that on the first night she would risk pregnancy with someone she did not know that well? But this is the crux of the matter: a woman will defy many socially acceptable conventions and behaviors when given the opportunity to mate with an alpha. Given the fact that many women end up impregnated by bad boys, the type of uncontrollable men who often make up alphas, this is not as uncommon as it may seem. The power of our ancient sexual natures can never be totally denied. She is a well educated women, and so she more than knows about birth control. My question was something like this:

“When you had unprotected sex, did you do so out of a deep desire for his alpha sperm, or were you just caught up in the heat of the moment or perhaps a little bit of both? Weren’t you worried about getting pregnant so soon by someone you did not know all that well? Or were you just overwhelmed by his alpha personality and wanted him, no matter what?”

Her answer was again interesting:

The worry is always there, but that can come after – at the time, I wasn’t even thinking about it (Also, I know my period well, so I know that was a low risk night.). At that time, the only thing that mattered was that I wanted him, and he wanted me, and there is nothing that will get in our way. So yeah, I guess you could say that I was overwhelmed by his intense sexual energy as an alpha male. I mean he was able to make me submit to his every desire and make me feel like a total sex goddess.

He makes me feel like a total sex goddess.