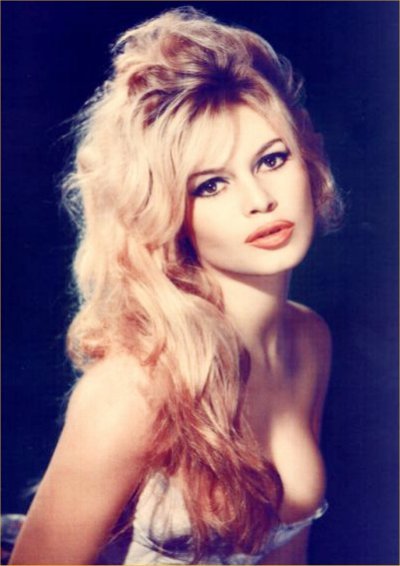 Bridget Bardot was one of first golden sex goddesses of the post war era. Born in 1934, this French model and actress was supreme among beauties of the fifties and sixties. Although never considered a great actress, she nevertheless was well known, admired and even worshiped by a large following. What I find interesting about her, aside from her exquisite beauty, was her nearly insatiable sexual appetites. This woman enjoyed sex, having lovers, and flaunting the sexual conventions of her society. Even in our day, there are few women who are so openly comfortable in their own sexuality as she was with hers.

One of the great joys of my life is encountering such women as Bardot, whether as lovers or not; simply being in the company of other highly sexual women, such as those who embrace and are not afraid of their sexuality, is always rewarding. We still live in a world where certain women for the most part are slut shamed, mostly by other females, for being highly and actively sexual. Bardot seemed to have been immune to such things, even though she lived in a time when such proclivities were highly frowned upon by established and proper society. She even had her own harem: of men. She enjoyed rotating lovers, was married several times, and professed later in life that she was never fit to be a mother (although she did have a child from one marriage); parenthood was not something for which she was psychologically suited. There are many women like this in the world, but they often have to live in a closet of social repression for not conforming to the good girl, monogamous ideal that is demanded of most females.

I have always made it a mission of mine to find such women, and help them discover, explore, and unleash their sexual potential. It is delightful pastime. They may not be the majority of women, or even close to it, but there are enough out there to make life quite exciting. As I have said before, I love finding a girl’s inner whore, and helping her find it too. There are simply so many girls out there who know nothing of their own sexual enjoyment or potential, until they come across the right man.

But as far as Bardot, her first big movie success was with the 1956 French film And God Created Woman (Et Dieu créa la femme) in which she plays a sexual adventurous young woman. Today the film would be considered tame, but its open sexual themes were quite scandalous for its time. Throughout the years Bardot also posed nude for several photoshoots. She eventually retired from the entertainment business in the mid seventies, and has since then stayed retired. Her later life has been devoted to promoting animal rights and criticizing the growing influence of Islam on French society. In all these things she has been a staunch defender of traditional French culture and beauty. The idiotic French courts have several times fined her for her stated views on the dangers of the Islamification of France, citing her promotion of  “racial hatred”. I suppose when the French judges are no longer allowed to drink wine in France because the then majority Muslim population has banned it, they might perhaps reconsider their naive punishment of those who are merely trying to defend their culture from those who are often quite hostile to it.

But whatever the situation these days, in her prime Bardot was a beautiful woman who enjoyed a beautiful and liberating sexuality. She is a great testament to the beauty inherent in French culture. God bless her!