Recently I was reading a few items speculating on whether Hitler escaped the last days of the Third Reich or not. In my opinion, as uninformed as it is, he did not. The suicide stories, where he and his mistress-wife Eva Braun killed themselves on April 30, 1945, while Soviet troops were closing in on his bunker in Berlin, are most likely what happened.

However, the myth of Hitler surviving, escaping, and living until the 1960’s is out there. One of the fodders for this myth is the fact that no body was ever really recovered. The charred remains of two bodies were discovered outside the bunker by Soviet troops. These are often assumed to be the bodies of Hitler and Eva Braun. But the evidence is inconclusive. A skull fragment from those remains which were later stored in the Soviet archives and recently examined for the first time by scientists, previously thought to be Hitler’s, turns out to be a woman’s. It could be Braun’s, but there is a bullet hole in the skull, and there is no story that Braun committed suicide by gun, but rather, by poison. But who knows. Maybe Hitler shot her.

The actual facts of Hitler’s death are sketchy. As I just mentioned, shortly after the war the Soviets claimed they found his charred remains of Hitler and Braun in a shallow grave outside his Berlin bunker and then buried them in Madgeburg Germany (which was in former Soviet controlled East Germany). Then, worried the grave sight might become a shrine for neo-Nazis, the bodies were exhumed them in the early 70’s, cremated and the ashes scattered. Perhaps this is the truth. But the fact that we are basing all our evidence on what the Soviet government said is a natural cause for suspicion. And out of suspicion arise the escape and survival stories. The most common is that Hitler escaped to South America, along with many other high level Nazis known to have escaped there. Other stories have him escaping to Indonesia, even Antarctica.

A few photos of Hitler alive after the War are out there. Recently I found this one. Hitler liked to tan his ass. After all, there was a large contingent of gay Nazis, and the subtle homoeroticism of Nazi imagery is a well studied subject. Too bad this is so obviously a fake. It is too good. 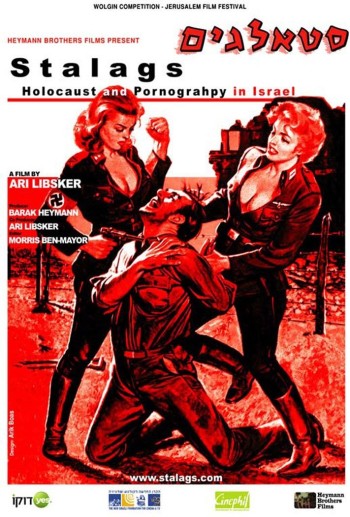