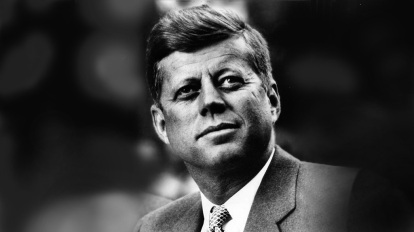 Kennedy was one of the great alpha male of our times. Now I am sure most in the manosphere would probably despise JFK as being a liberal Democrat communist or something like that, but Kennedy headed the Democratic party which at the time was still more rooted in the old Roosevelt-Depression-WWII model than what later transpired in the late sixties, when pacificist sentiment and anti-Americanism became the more the rule. Kennedy also belonged to an era when politician were freer to pursue one of the perks of politics, sex, in a way they are no longer able to do today. This was age before “family values” became a rigid ideology and mass media did not exist to the extent it does today, where there is virtually no privacy anymore for public figures.

A testament to Kennedy’s alpha status is the relationship he had with his wife, Jacqueline Kennedy. She was a beautiful, cultured woman, who knew about his affairs. Even though these affairs undoubtedly caused her quite a bit of pain, or rather, perhaps because they caused her quite a bit of pain and drama, she was still deeply in love with her husband. To the day she died it was quite obvious that Kennedy had been the first, truest and deepest love of her life. She is buried next to him in Arlington National Cemetery.

Shortly after Kennedy’s death, Jacqueline made a few comments about the alpha Kennedy and the beta Adlai Stevenson (one of Kennedy’s earlier political rivals), and why the radical feminists of her time disliked Kennedy. It is really a telling quote about the whole world of sex, alphas and betas. As she said, “Violently liberal women” in politics preferred Stevenson to Kennedy because “they were scared of sex.”

This is worth repeating: the frigid feminist were “scared of sex”. How little things have changed in fifty years.

She also went on:  “Jack so obviously demanded from a woman – a relationship between a man and a woman where a man would be the leader and a woman be his wife and look up to him as a man.”

And further, on Stevenson’s beta status: With Adlai you could have another relationship where – you know, he’d sort of be sweet and you could talk, but you wouldn’t ever… I always thought women who were scared of sex loved Adlai.”

Jackie Kennedy was quite lovely. She understood that frigid feminist disliked Kennedy because they were "scared of sex".

In other words, what she saying is that Kennedy made women wet. He was virile. He was clearly in charge. Women knew he loved to have sex with as many of them as possible. And he was the most powerful man in the world, the President at a time when the United States was at its apex of power. Oh yeah, and the fact that he came from a wealthy, famous family did not hurt either. Stevenson, the sensitive beta male who would later become the prototype for all Democratic politicians, made women go dry. There was no gina tingle with Stevenson. With Kennedy, their was a flood of gina juice.

But most of all it was the Kennedy persona that so attracted women. Recently a woman, Mimi Beardsley Alford, published a book, Once Upon A Secret, in which she claims she had an affair with Kennedy while he was President, starting in 1962 when she was a 19 year old White House intern (not only that, she claims she lost her virginity to him). I recently saw an interview which the uber-cougar television hostess Meredith Vieira conducted with this woman. In the course of this interview Vieira was clearly trying to slut shame this woman, asking her if she felt used by Kennedy. Her response was a resounding “no”. Not only did she not feel used, but she admitted that she wanted to sleep with Kennedy, that she enjoyed the affair. In other words, she wanted his alpha sperm. She also says how boyish Kennedy was when not in the public eyes. He simply enjoyed life, and an enjoyment of life means to alphas like Kennedy enjoying women sexually. 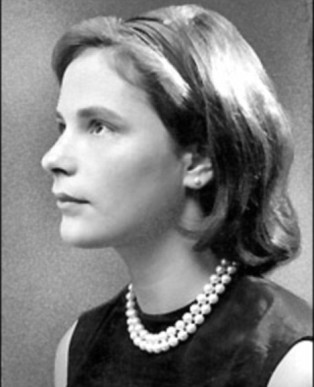 Kennedy's intern mistress. Probably one of many. I want to be President now.

It reminds me how women in Hollywood often described another great alpha male, Clark Gable, as being boyish and fun loving. They found this attractive. Women do not find uptight, morally pure men attractive. This is one of the keys to being a good seducer of women: don’t be too serious with them. Show them that what they will enjoy with you will be pleasure, pure and simple, and something entertaining. Know, and let them know,  that you can have a good, passionate affair with them, and still be able to walk away at any time. Contrary to popular belief,  many women do like to fuck simply for the pleasure of it, with nothing more expected. Beta males, in their constant need to please and supplicate themselves to the emotionally flightiness of women, lose the interest of those same women, who would rather be violently pile driven by a strong, difficult and mysterious alpha cock than followed around by a puppy like beta male.  The beta males only become useful later, when she needs a provider. Then they marry them. Even then, she will still be susceptible to alpha seduction. I know this myself, having banged many bored housewives and girlfriend who still “loved” their partners, but found them dull and boring and bad in bed. As one woman told me, “I like you because you don’t ask me any questions.” She just wanted a good lover, without complications. She wanted to feel desired again. I provided that. Women want these things. They want fun and excitement. They want passion and secrets. Men like Kennedy know how to deliver that to them.

In theo neo-puritanism of today many fail to appreciate this wonderful part of life, the joys of sexual pleasure with other people. Today, everything is all so dark and serious in the realm of sex, thanks in part to the pervasive influence of all those “violently liberal women” that Jackie Kennedy so disparaged. When it comes to sex, feminist are the equivalent to the Taliban as far as I am concerned. The Republican party, as well as all conservatives in general, have also adopted this anti-sex mentality. One of the reasons they so hate Kennedy was his philandering. Republicans are for the most part uptight, moralistic nerds who are afraid of sex, trapped in religious puritanism, and suspicious of anyone who can bed the women they were never able to (although they would secretly like to, but lack the balls to do so). 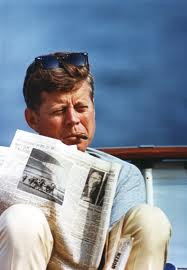 I like Kennedy. We need more politicians like him today. I am sure most women would agree too.  And for those whiny little internet manosphere warrior bitches living in their mothers’ basements who want to argue that Kennedy is not the “ultimate” alpha male I have only one comment: there nothing more apha than being President of the United States. Kennedy knew the perks of the office: banging as many women as possible.