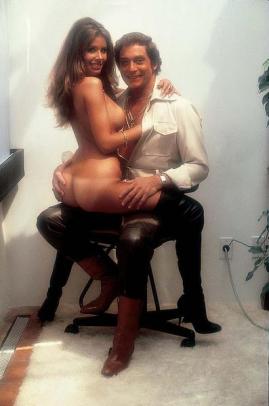 The late, great Bob Guccione, publisher of Penthouse, enjoying the fruits of his labors. Boots were popular back in the 70's too.

Today during an unusually warm January day, I saw some girls wandering around with short skirts and boots. The only thing hotter than a girl wearing boots with jeans is a girl who is wearing boots with a short skirt. Ah, the pleasure of life, so much loveliness out there to enjoy! I can’t wait for the full blossoming of spring in a few months!

In other matters…has anyone ever noticed how Fox News has the hottest anchor babes of any network? It always amuses me when I turn on the official network organ for Family Values and Conservatism and see all the hot babes dressed in short skirts and stilettos. I also noticed how Fox likes to display a lot of leg from its anchor babes. Whenever they have a roundtable show, there is always a babe strategically placed on the outside, so we the viewer can clearly get a nice shot of her tight short dress, nice breasts, long legs, and high heels. Fox knows how to get viewers. Of course, when I see such an anchor babe the first and pretty much only thing I think of is, not what she is saying, but what she might be like sexually. While she is rambling on about weighty political matters, trying to look all so serious, I am wondering, does she like it doggy style? 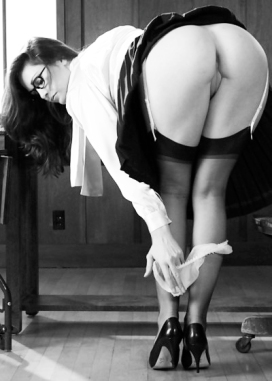 Fox News should hire her.

As far as other anchor babes, Erin Burnett from CNN is hot. So is Brook Baldwin. I like network anchor babes. And then there are the Weather Channel babes. So much beauty…so many intriguing thoughts about their sexuality.