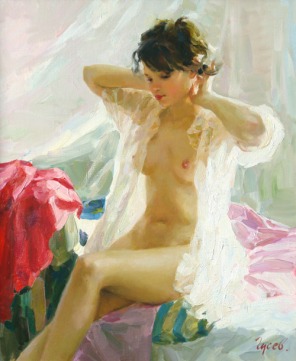 Often on this blog I talk about the pleasures of sex and eroticism. However, this does not mean that I endorse a completely uninhibited reign to the flesh. On the contrary, I think there are times in life when abstinence from sex, even celibacy are both perfectly normal and healthy. What I argue for here is simply balance: to not go too far in either direction is, I believe, the best path to happiness, whether spiritual or bodily.

When we refrain from sex for a while, even from self induced pleasure, we can actually find this increases erotic sensitivity. Sometime too much sex can be saturating, a pleasurable saturation, yes, but one that leaves us a bit desensitized to the deeper nuances of true sexual pleasure. In many ways I like to compare sex to that other favorite fleshly pleasure we pursue: food. Gluttony has always been considered something undesirable, even a sin in Catholic teaching. No one would argue against this today. The fact that overeating leads to obesity which leads to health problems is indisputable. So overindulgence in food is never really a good thing, despite whatever transitory pleasures the moments may bring.

And yet there is nothing wrong with enjoying the pleasures of food. I like chocolate cake. But if I ate chocolate cake everyday I would probably die shortly from a high cholesterol induced heart attack. If not that, then I would become very obese and quite unhappy. So I willingly refrain from eating chocolate cake, except on special occasions, or even, when I just feel like it. But not every day.

To me, many of the prohibitions against sexual pleasure often seem extreme. It is as if some are saying, “You should never eat chocolate cake, except on someone’s birthday. To do so would be a great offense against God. To even think about eating chocolate cake is a sin!”

Now the parallels between food and sex are not exact, but I feel they are closer than any other parallel when it comes to physical pleasures. Both deal with bodily desires, needs, and fulfillment, and both provide us with great pleasure. But we also need food in a way we don’t need sex. We can live without sex; we can’t live without food. Both food and sex can become obsessions and even destructive things under the right circumstances. You can obsess over something you do not have and crave, such as food or sex, or you can suffer the consequences of overindulgence. With food overindulgence, this leads to health problems, poor body image, low self esteem; with sex, you wind up with unwanted pregnancies, STDs, psychological issues, just to name a few. 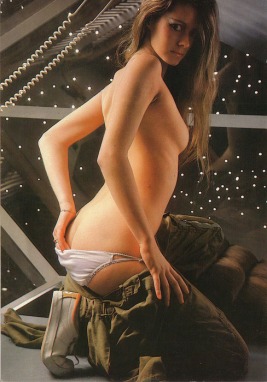 Conversely, when we obsess over food because we are focused on the negatives, such as weight gain, and then totally deny ourselves food as a result, this can lead to psychological disorders and physical disorders, such as anorexia or bulimia, which in turn can have severe if not fatal consequences. When we deny ourselves food because we view it as a negative, this is an unhealthy thing. The same is true with sex. When we obsess over sex as a bad thing, which is all too common among religious types, then that can lead to severe neuroses, and even dangerous and self destructive behaviors. So we don’t want to go too far in either direction, either the direction of overindulgence, or the direction of neurotic abstinence. We should always strive for a healthy balance.

And yet there is a healthy way to abstain from things, a way that is beneficial and productive and edifying.

As far as a healthy abstaining from certain pleasures, we can enjoy the pleasures of good food because having expensive and sumptuous food feasts is not something most of us do on a daily basis. Thanksgiving happens only once a year, thank God. A good restaurant meal is something most people cannot afford except every now and then. But when we do have a good feast, it is most enjoyable.

Healthy fasting ultimately allows us to enjoy and appreciate food better. The same is true with sex. When we abstain from sexual pleasures in a healthy, holistic way, we can heighten our awareness of how delightful those pleasures are, just as when we abstain from food we can appreciate much more deeply how good food actually is. Eroticism is felt more deeply; an appreciation of beauty is more keen. I have even felt this myself. After sex with one too many women, especially in a short period of time, I need to take a break. Boredom begins to set in. The thrill of sex can be lost when there is an overabundance of it, especially of the vicarious, even thrilling, but ultimately meaningless kind 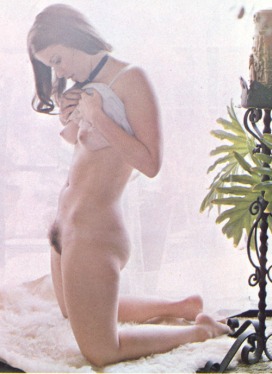 How I love women...so beautiful...

Of course for the new lovers or married couple, lots of sex is part of the delights. But eventually the sex will become more mundane, although, perhaps, deeper too as the couple learns more about each other. This is why love is such an important part of human relationships and true eroticism. But that is for another post.

So sometimes I do take break from it all: no sex, no masturbation, no erotica, nothing. This may last for a few days, or a few weeks. The longest I have ever gone has been no more than three months. Eventually I need to return to some pleasure, but in the meantime, I learn new things about myself, and enjoy whatever increased productivity or focus I have in other areas. Again, it is sort it is like fasting. When we fast from food we are not denying ourselves food forever, just for a short period of time. That this can be a good and healthy thing is I think reflected in the fact that fasting has been looked upon as a good thing, even a spiritual thing, for thousands of years in a variety of different cultures and societies. But we do return to food eventually and find our enjoyment of food that much greater.

So I think the same can be applied to sex and eroticism. To comply deny them, as so many religious do, is a bad thing, but to completely give yourself over to them can also be a bad thing. It is always, as Aristotle reminds us, the same Aristotle beloved by St. Thomas Aquinas, that most Aristotelian of all great Catholic theologians, that the middle way that is usually the best. 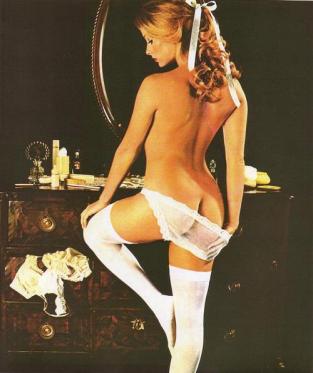 Again, my beef with so much of religion with respect to sex and eroticism is that too often it does not take the middle road on sex, but rather tries to enforce a sort of purity from all sexual desires and practices which I think is more harmful than helpful. The Catholic Church prohibits ALL sexual pleasure outside of marriage as sinful, without exception. How can this not lead to psychological problems for so many people? I read recently one young woman’s blog about her “battle for purity”. As a girl with an obviously natural and high sex drive, but with absolutely no outlet for her sexual desires except for self denial in the name of God, her blog is a testimony to the self inflicted torture that so many religious souls put themselves through all in the name of conquering the flesh. I have witnessed the unhealthy and negative effects of this too often now in the world around me. I have experienced it in my own life, seen it in the lives of my friends, and read about it in the lives of others through scandals, hypocrisies, “falls from grace”, etc. After a lifetime of this, it has simply become too much for me to bear any longer so I feel the need to engage in some sort of dialogue about this beyond simply obeying what traditional Christian teaching may be on these matters.

To me, a person can be both chaste and sexual at the same time. For me, this is the healthy medium. And again, what I try to emphasize here is ultimately a healthy approach to sex, sexuality and eroticism. 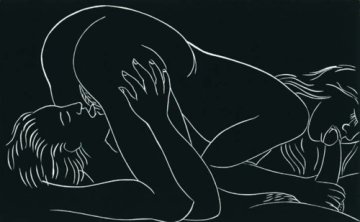 Vice can be beautiful. And according to Catholic cultural traditions, we are all allowed at least one vice.

5 thoughts on “Balance: Key to a Healthy Sexuality and Eroticism”